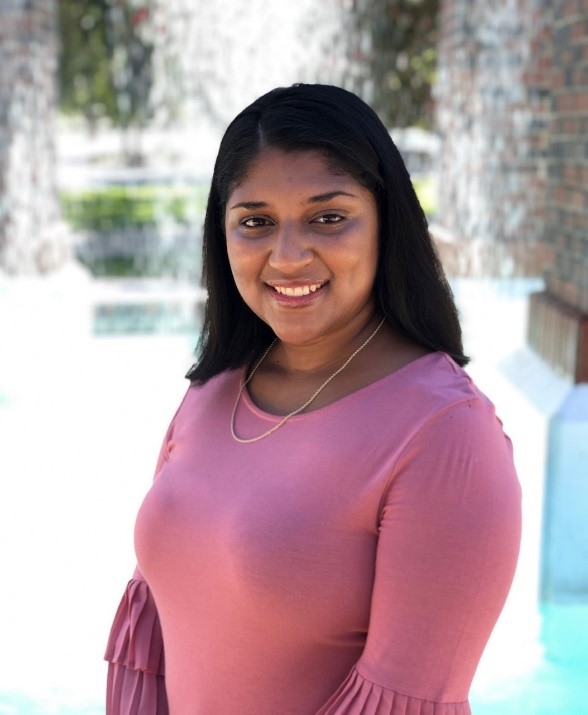 Stefany was born in Los Angeles CA, and raised in Miami, FL. She earned her Associates in Art Degree from Miami-Dade College in 2011. In 2013, she graduated with her bachelor’s degree in Psychology and minor in business from Florida State University. As a first-generation Honduran, enrolling and graduating from Florida State was one of her highest accomplishment. She continued her education and earned her Master’s in Education in 2018 from Keiser University. During her time at FSU, she was involved in Directed Individual Research (DIS), she also volunteered at 211 Big Bend Hotlines as a crisis hotline counselor. Her involvement with 211 also gave her the opportunity to give back in other ways by volunteering at different events throughout Tallahassee and the Big Bend area.

Stefany currently still resides in Tallahassee and has returned to Florida State as the Multicultural Admission Counselor. Her position in the office of admission has given her the opportunity to help other first-generation students achieve their goal of attending FSU. Her bilingual skills have helped her connect with families of students who are new and unfamiliar to the process of enrolling at a university like FSU and be a resource for the community. Stefany continues to give back to FSU and the Hispanic/Latinx community in her role as president and founder for the Hispanic/Latinx Alumni Network.

Stefany has recently taken an interest for the hospitality industry and followed her passion in entrepreneurship. She earned a certificate in Hospitality and Management tourism from Florida Atlantic University (FAU). She currently owns a vacation rental property in Tallahassee and launched her own travel agency. In her spare time, she enjoys spending time near a lake, river, or beach and traveling. She enjoys a good book, going to the movies, and of course, indulging in delicious Latin cuisine. 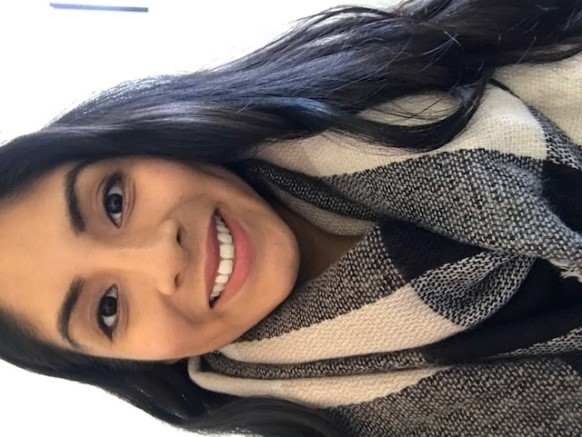 Susan was a transfer student from Miami-Date College where she completed her AA in Psychology and ended her last semester on the Dean’s List. Susan then was awarded a scholarship from Kiwanis of Little Havana Foundation supporting underserved Hispanics in Miami-Dade County and went off to complete her BS at Florida State. Susan graduated from FSU in 2013 where she double majored in Psychology and Criminology, Criminal Justice (BS’ 13). During her time at Florida State, Susan was part of Lambda Alpha Epsilon (LAE), Lambda Chapter of the American Criminal Justice Association, a co-ed professional fraternity. After graduation, Susan moved back to South Florida to obtain a Master’s degree in Social Work (MSW’ 16) from Barry University. Before moving to Palm Beach County Susan mainly worked with youth and adolescents, including unaccompanied minors. Susan currently resides in Palm Beach County and works for a non-profit organization as a therapist, serving the underserved and providing services in both English and Spanish. Susan has a passion for helping others, her Hispanic identity, good Peruvian food, and going on adventures (even if it’s right in her backyard). 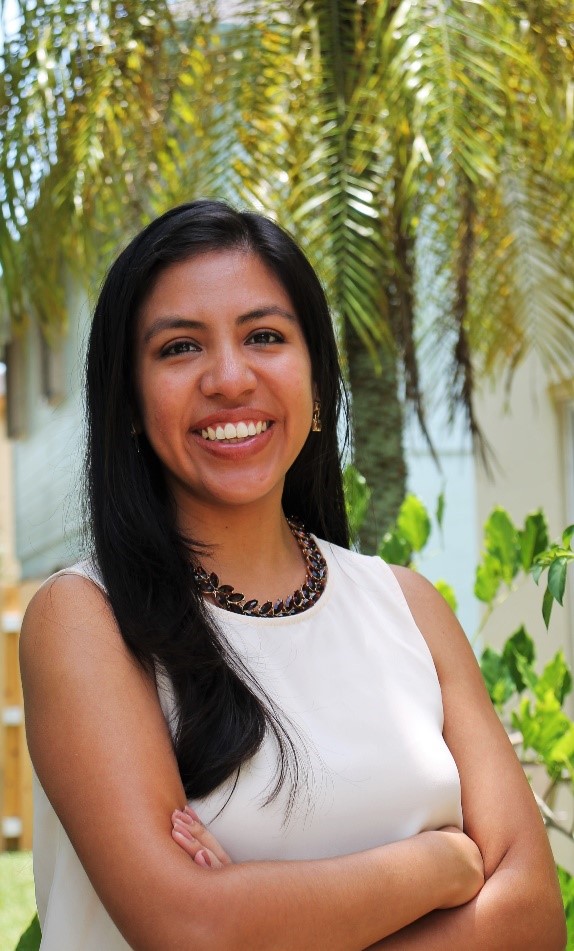 Ana was born in Lima, and grew up in a small town in the south of Peru. She moved to the U.S with her family in 2004. She lived in South Florida before moving to Tallahassee to attend Florida State University. Ana graduated in 2013 with her BS in Psychology. and a minor in French. She continued with her education at FSU and earned her Masters of Science and Education Specialist in Counseling and Human Systems in 2015.

During her time at FSU, she loved sharing her culture and heritage, leading her to be involved in the Peruvian Student Association (PerSA), serving as the secretary for two terms (2011-2013). She enjoyed participating in different HLSU events, with Relay for Life and Hispanic Heritage month events being her favorite. She was also an active member in the Catholic Student Union, where she had several leadership roles, and directed retreats (Women's Retreat 2011 and Spring Retreat 2013). While completing her Master's, she was involved in the Florida State University Counselor Education Student Association and served as the Vice President (2014-15).

After graduation, Ana returned to South Florida and currently works as a Licensed Mental Health Counselor. She currently serves as a board member for Planned Approach to Community Health program, and is part of the Mental Health First Aid Palm Beach Coalition. In her free time she enjoys reading, watching movies and traveling. 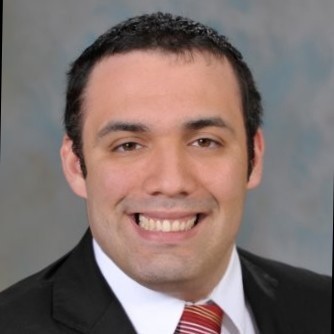 Orlando graduated in 2012 with a BS in Actuarial Science and a BS in Economics and Political Science. In 2013 he graduated with a MS in Applied Economics. During his time at FSU, Orlando was an active member of the Catholic Student Union where he met his wife Alexandra. Currently, Orlando works as a Legislative Policy Analyst for Broward County Government in Fort Lauderdale, FL. His interests include Liverpool FC, traveling, Public Policy and Economics. Orlando currently resides in Hollywood, FL. 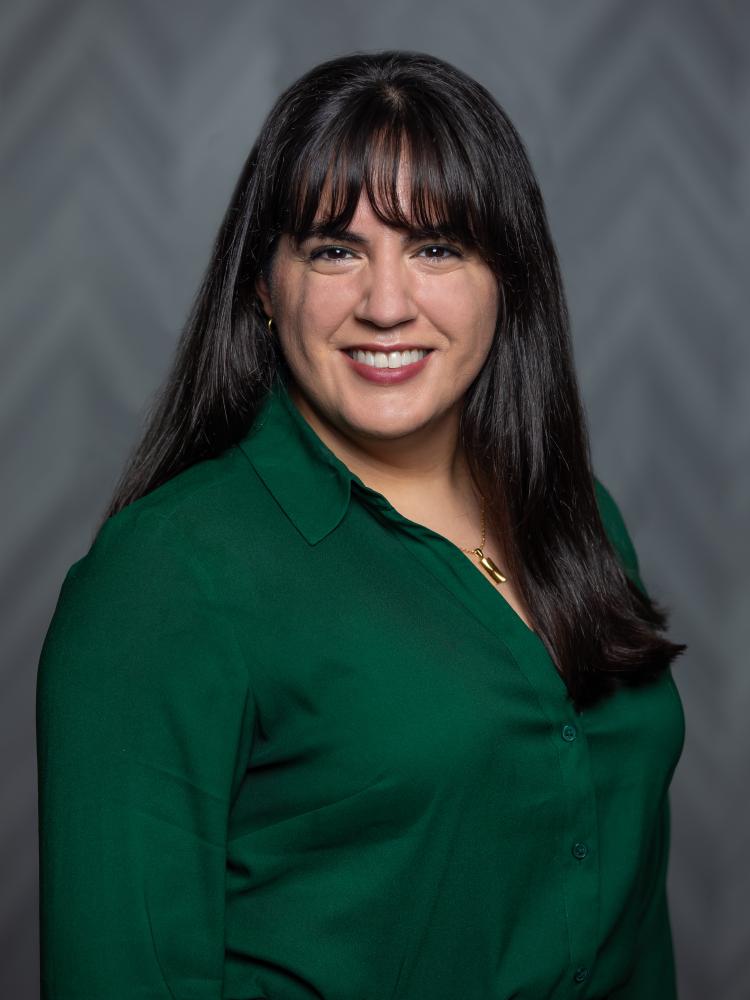 Aurora González Aurora González was born and raised in Miami, FL to Cuban parents. She graduated from FSU with a Bachelor’s in International Affairs and Economics, and then with a Master’s in Applied American Politics and Policy. During her time at FSU, she was an active member of Pi Gamma Mu and the Catholic Student Union. While working towards her Master’s, she started working at the Florida Education Association, an organization whose goal is to be the united voice for public education in Florida. In addition to managing the organization’s digital communications platforms, she also works to amplify the voices of Hispanic educators across the state. Aurora dedicates her spare time to perfecting Cuban recipes, spending time with her family and traveling to as many new places as possible. 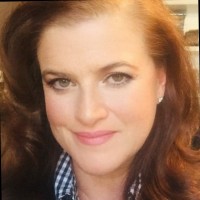 Lynda was born and raised in Jacksonville, FL. She graduated with her bachelor’s degree in Spanish Education and Political Science from Florida State University in 1990. Her mother was born and raised in Ecuador and came to this country to find a better life for her and her family. As a first-generation on both her father and mother side to go to college, enrolling and graduating from Florida State was one of her highest accomplishment. During her time at FSU, she was involved on the Executive Board of her Sorority Gamma Phi Beta and was Governor Martinez’s College Intern where she worked under the Press Secretary John Beck.  She was involved with Student Lobbying at FSU and worked hard to make sure FSU student’s interests were protected on capitol hill. Her involvement with the Governor also gave her the opportunity to help the First Lady of Florida with important Hispanic Events throughout Tallahassee and the Nation.

Lynda currently resides in St. Augustine where she and her mother founded the Hispanic Heritage Council of St. Johns County. Through this organization they have organized the annual Hispanic Festival at Palencia every year. Through this event they have raised money that has given her the opportunity to help other first-generation Hispanic students achieve their goal of attending college through the Victoria Plaza-Wynn Scholarship program. Her bilingual skills have helped her connect with families of students who are new and unfamiliar to the process of enrolling at a university like FSU and be a resource for the community. Lynda continues to give back to community in her roles in Junior League of Jacksonville, Jacksonville Seminole Club as Secretary and through her kid’s PTO and Athletic leagues. She was also founding member and Executive Board Member for over 10 years at the St. Johns Athletic Associations.

She has been in the IT Consulting and Staffing business for over 25 years and currently owns her own business called Northwest Partners. In her spare time, she enjoys spending time with her three kids: Joshua, who plays College Football at Tufts University in Boston, Jake who is currently studying Criminology at Florida State and her daughter who plays soccer and is a junior at Bartram Trail High School in St. Johns County. 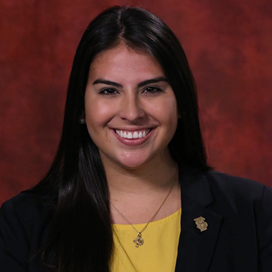 Natalia was born and raised in Miami, Florida. She graduated from Florida State University in 2018 with her Bachelors of Science in Exercise Physiology and a minor in chemistry. As an undergraduate, she was a member of several organizations including Theta Nu Xi Multicultural Sorority, Inc., The Minority Association of Premedical Students, USSTRIDE, and the 69th Student Senate. Her Colombian roots and upbringing magnified her interest in working with underserved and minority communities, and she aspires to utilize her diversity to bridge disparities in medicine. As an undergraduate, Natalia was recognized as the President’s Humanitarian of the Year for committing over 1,200 hours to serving communities in need. Natalia attended the University of South Florida to pursue her Masters in Medical Sciences. Natalia is ecstatic to continue her journey to medicine back where it all began as a Seminole of FSU’s College of Medicine Class of 2023.

As a second-year medical student, Natalia enjoys mentoring minorities interested in pursuing careers in medicine. She works one-on-one with premedical students through the ProfessioNole mentorship program and vlogs her experience on her MDTribe Youtube Channel. Outside of her studies, she enjoys traveling, spending time with her family, lounging at the beach, or diving into a good book. Natalia is passionate about social justice and empowering minority women like herself. She is even more excited to serve as the Parliamentarian of the HLAN to enrich the experience for the next generation of Hispanic/Latinx Seminoles! 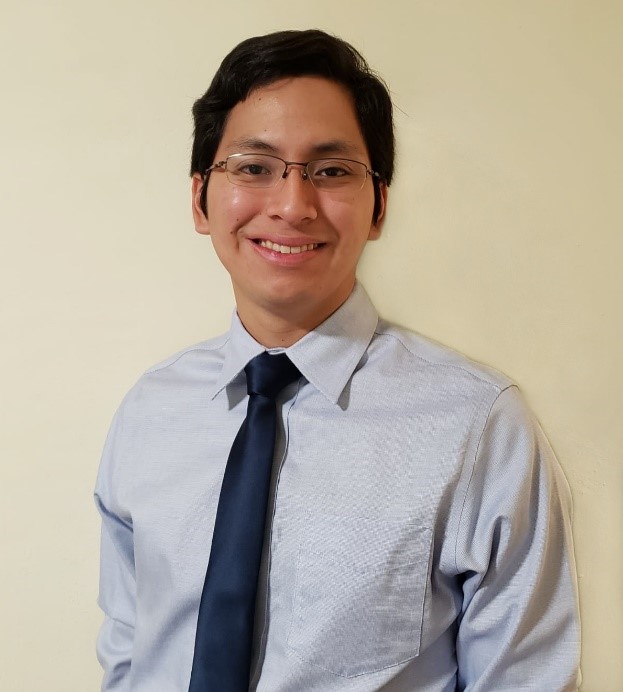 Andres was born and raised in Miami, Florida to Peruvian parents. He graduated from Florida State University with a Bachelor of Science in Biological Sciences in 2015. Throughout his time at FSU, he was active with several organizations seeking to build relationships and create unique experiences for students. He served as the President of the Peruvian Student Association in the 2013-14 school year creating diverse events that allow students to experience the richness of Peruvian culture and community involvement. In collaboration with the Hispanic Latino Student Union, he has helped promote events that promote diversity and inclusion. In addition, he served as the Treasurer of Connecting Experimental Lab and Life Sciences (CELLS) securing finances for the organization to help members learn more about student research opportunities and how to get involved. He also served as Treasurer for the Japanese Animation Club of Tallahassee in 2014 promoting the diversity of Japanese culture through animation and film.

Recently, Andres completed a different specialty at Florida International University earning a Bachelor of Arts in Computer Science in 2019 and currently working on his Masters in Computer Science at FIU. He currently works as a Software Engineer at Florida Power and Light. As South Florida Regional Director, he seeks to provide a sense of community outside of campus and extending “La Familia” tradition after graduation.